This is the official website of the South African Rheumatism and Arthritis Association, home of the rheumatology community of South Africa. Our aim is to promote, maintain and protect the honour and interest of the discipline of rheumatology as a medical specialty for the benefit of all. 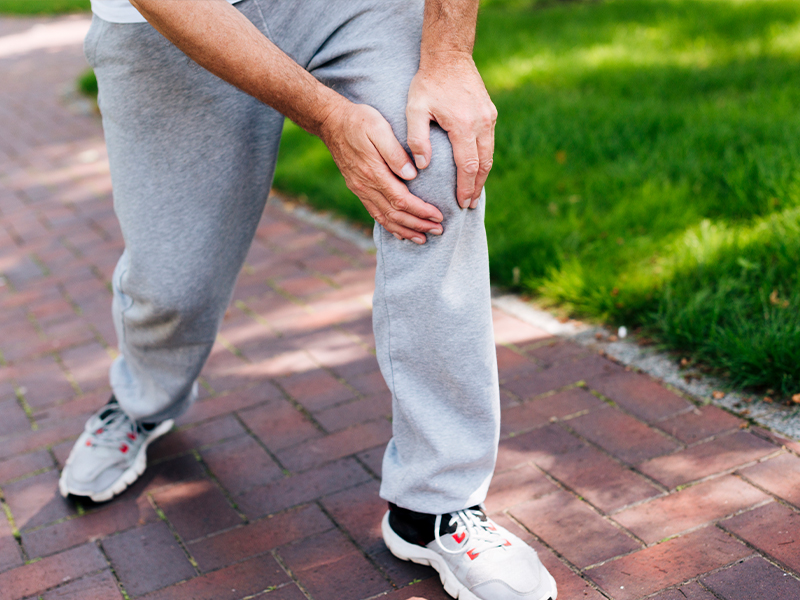 Rheumatoid arthritis (rue-ma-TOYD arth-write-tis) is a chronic disease, mainly characterized by inflammation of the lining, or synovium, of the joints. It can lead to long-term joint damage, resulting in chronic pain, loss of function and disability.

Rheumatoid arthritis (RA) progresses in three stages. The first stage is the swelling of the synovial lining, causing pain, warmth, stiffness, redness and swelling around the joint. Second is the rapid division and growth of cells, or pannus, which causes the synovium to thicken. In the third stage, the inflamed cells release enzymes that may digest bone and cartilage, often causing the involved joint to lose its shape and alignment, more pain, and loss of movement.

Because it is a chronic disease, RA continues indefinitely and may not go away. Frequent flares in disease activity can occur. RA is a systemic disease, which means it can affect other organs in the body. Early diagnosis and treatment of RA is critical if you want to continue living a productive lifestyle. Studies have shown that early aggressive treatment of RA can limit joint damage, which in turn limits loss of movement, decreased ability to work, higher medical costs and potential surgery. Currently, the cause of RA is unknown, although there are several theories. And while there is no cure, it is easier than ever to control RA through the use of new drugs, exercise, joint protection techniques and self-management techniques. While there is no good time to have rheumatoid arthritis, advancements in research and drug development mean that more people with RA are living happier, healthier and more fulfilling lives.

Rheumatoid arthritis can start in any joint, but it most commonly begins in the smaller joints of the fingers, hands and wrists. Joint involvement is usually symmetrical, meaning that if a joint hurts on the left hand, the same joint will hurt on the right hand. In general, more joint erosion indicates more severe disease activity. Other common physical symptoms include
Fatigue
Stiffness, particularly in the morning and when sitting for long periods of time. Typically, the longer the morning stiffness lasts, the more active your disease is.
Weakness
Flu-like symptoms, including a low-grade fever
Pain associated with prolonged sitting
The occurrence of flares of disease activity followed by remission or disease inactivity
Rheumatoid nodules, or lumps of tissue under the skin, appear in about one-fifth of people with RA. Typically found on the elbows, they can indicate more severe disease activity.
Muscle pain
Loss of appetite, depression, weight loss, anemia, cold and/or sweaty hands and feet
Involvement of the glands around the eyes and mouth, causing decreased production of tears and saliva (Sjögren's syndrome)
Advanced changes to look out for include damage to cartilage, tendons, ligaments and bone, which causes deformity and instability in the joints. The damage can lead to limited range of motion, resulting in daily tasks (grasping a fork, combing hair, buttoning a shirt) becoming more difficult. You also may see skin ulcers and a general decline in health. People with severe RA are more susceptible to infection. The effects of rheumatoid arthritis can vary from person to person. In fact, there is some growing belief that RA isn't one disease, but it may be several different diseases that share commonalities.

Approximately 2.1 million people in the United States, or 1 percent of the population, have rheumatoid arthritis (RA). It can affect anyone, including children (see Juvenile Rheumatoid Arthritis), but 70 percent of people with RA are women. Onset usually occurs between 30 and 50 years of age. RA often goes into remission in pregnant women, although symptoms tend to increase in intensity after the baby is born. RA develops more often than expected the year after giving birth. (See Pregnancy Prognosis.) While women are two to three times more likely to get RA than men, men tend to be more severely affected when they get it. People with the genetic marker HLA-DR4 may have an increased risk of developing RA. This marker is found in white blood cells and plays a role in helping your body distinguish between its own cells and foreign invaders. (See Causes.)

The exact cause of rheumatoid arthritis (RA) currently is unknown. In fact, there probably isn't an exact cause for RA. Researchers now are debating whether RA is one disease or several different diseases with common features.

Women get rheumatoid arthritis two to three times more often then men and their RA typically goes into remission when they get pregnant. Women develop RA more often than expected in the year after pregnancy and symptoms can increase after a baby is born. These facts lead researchers to believe that gender might play a role in the development and progression of RA. Many are trying to understand the effects female hormones might have in the development of RA. Currently, there are limited answers to these questions. For more information on pregnancy and arthritis, see Pregnancy Prognoisis.

Most researchers believe there are genes involved in the cause of RA. The specific genetic marker associated with RA, HLA-DR4, is found in more than two-thirds of Caucasians with RA while it is only found in 20 percent of the general population. While people with this marker have an increased risk of developing RA, it is not a diagnostic tool. Many people who have the marker either don't have or will never get RA. While this marker can be passed from parent to child, it is not definite that if you have RA, your child will too. Learn more about genetics and RA.

Some physicians and scientists believe that RA is triggered by a kind of infection. There is currently no proof of this. Rheumatoid arthritis is not contagious, although it is possible that a germ to which almost everyone is exposed may cause an abnormal reaction from the immune system in people who already carry a susceptibility for RA Diagnosis Diagnosing rheumatoid arthritis is a process. There isn't a sure-fire test that can tell you positively that you have RA. Instead your doctor relies on a number of tools to help him determine the best treatment for your symptoms.
A diagnosis will be made from a medical history, a physical exam, lab tests and X-rays.

Medical history probably is your doctor's best tool for diagnosing rheumatoid arthritis. The more your doctor knows about you, the faster and better he will be able to diagnose your condition and determine the best treatment for you. Taking a medical history is the first line to finding out if you have rheumatoid arthritis. What you tell him will allow him to determine if RA should be considered a possible diagnosis or if he should look in another direction. Following is a list of questions your doctor might ask in a medical history:
Do you have joint pain in many joints?
Does the pain occur symmetrically - that is, do the same joints on both sides of your body hurt at the same time? Or is the pain one-sided?
Do you have stiffness in the morning?
When is the pain most severe?
Do you have pain in your hands, wrists and/or feet?
If you have pain in your hands, which joints hurt the most?
Have you had periods of feeling weak and uncomfortable all over? Do you feel fatigued?
You may have to answer these questions at every office visit so your doctor can best evaluate your pain and functionality status. You also might find yourself taking a self-report questionnaire. These are developed to help the doctor assess the impact of RA on your daily life. Two of the most common are the Health Assessment Questionnaire (HAQ) and the Arthritis Impact Measurement Scales (AIMS).

In order to get the proper treatment for RA, you need to make sure you have the proper health-care team. Your primary doctor for treating RA should be a rheumatologist (ROO-ma-tall-o-jist), a physician with special training in arthritis and other disease involving diseases of the bone, muscles and joints. Your rheumatologist will coordinate with your primary care physician. Other team members may include a physical therapist, an occupational therapist, a nurse, a psychologist, an orthopaedic surgeon, a physiatrist, and a social worker. Learn more about these specialists in the Glossary of Health Professionals.

Your doctor also will perform a physical exam to determine diagnosis and at most following office visits. He will be looking for common features reported in RA, including: Joint swelling
Joint tenderness
Loss of motion in your joints
Joint malalignment
Signs of rheumatoid arthritis in other organs, including your skin, lungs and eyes. Treatments Because rheumatoid arthritis presents itself on many different fronts and in many different ways, treatment must be tailored to the individual, taking into account the severity of your arthritis, other medical conditions you may have and your individual lifestyle. Current treatment methods focus on relieving pain, reducing inflammation, stopping or slowing joint damage and improving your functioning and sense of well-being. Rheumatoid arthritis is a serious disease. It is crucial that you get an early diagnosis and work with your doctor to find the best treatment for you so that you can live well with it. Just a few years ago, your doctor might have only prescribed an over-the-counter pain reliever, like an analgesic or non-steroidal, anti-inflammatory drug (NSAID), until you experienced increased disease progression. Now, with the improvement of available medications, doctors know that they have to be more aggressive early on in order to prevent severe deformity and joint erosion.

The proper medication regimen is important in controlling your RA. You must help your doctor determine the best combination for you. The main categories of drugs used to treat RA are: Nonsteroidal Anti-Inflammatory Drugs (NSAIDs)
- These drugs are used to reduce inflammation and relieve pain. These are medications such as aspirin, ibuprofen, indomethacin and COX-2 inhibitors such as valdecoxib and celecoxib. Analgesic Drugs
- These drugs relieve pain, but don't necessarily have an effect on inflammation. Examples of these medications are acetaminophen, propoxyphene, mepeidine and morphine. Glucocorticoids or Prednisone
- These are prescribed in low maintenance doses to prevent joint damage. Disease Modifying Antirheumatic Drugs (DMARDs)
- These are used with NSAIDs and/or prednisone to slow joint destruction caused by RA over time. Examples of these drugs are methotrexate, injectable gold, penicillamine, azathioprine, chloroquine, hydroxychloroquine, sulfasalazine and oral gold. Biologic Response Modifiers
- These drugs directly modify the immune system by inhibiting proteins called cytokines, which contribute to inflammation. Examples of these are etanercept, infliximab, adaliumumab, anakinra and golimumab. Protein-A Immuoadsorption Therapy
- This is not a drug, but a therapy that filters your blood to remove antibodies and immune complexes that promote inflammation.